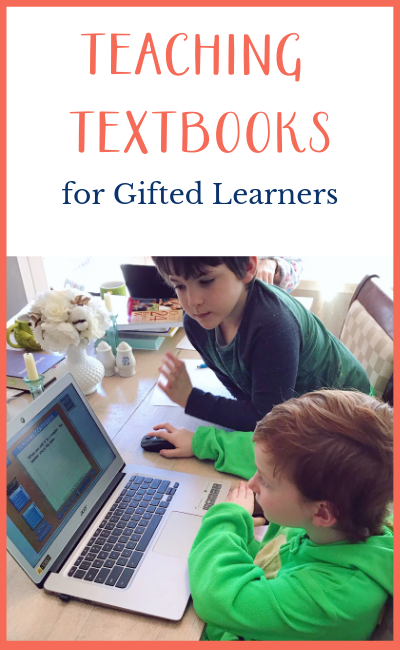 When you have a gifted student, life is full of challenges and humorous moments. Asynchrony is a big contributor to both. Like having a 6 year old who’s blowing through third grade level math but insists on wearing a dinosaur onesie pajama set every single minute you are at home and tries to “sneak” into the car to go places in it.

Having a child who is gifted in math was not something I had planned on when we first began homeschooling. I don’t think I actually thought much about the challenges of homeschooling gifted children in general until we were knee deep into it. Because math has never been my favorite subject, I tried to find a program that was pretty self explanatory for my oldest.

Turns out dyslexia doesn’t do “easy” for reading or math. Then, by the time he was 4, my youngest was already sneaking into the lessons to give his big brother the answers. I knew we’d need a different program for him. Finding gifted kindergarten math activities was hard enough, what on earth were we going to do?

This post is sponsored by Teaching Textbooks. We received a complimentary subscription and I was compensated for my time. As always, we only recommend products we love and think will benefit you. For more details, see our disclosure page. 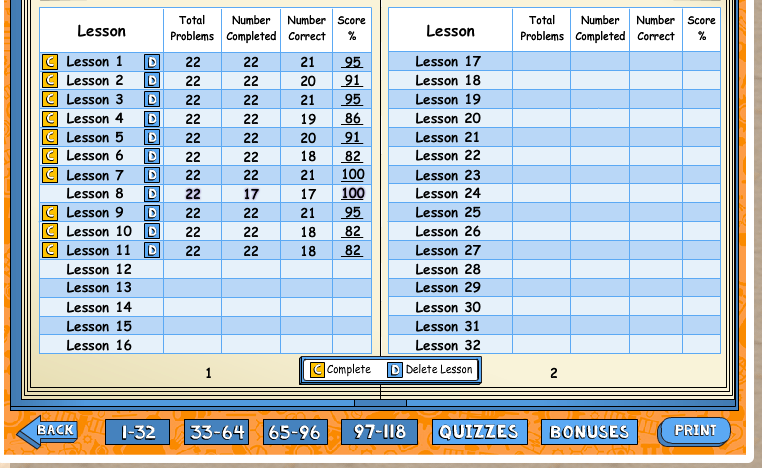 Mr. F has already figured out that I can delete the answers he gets incorrect and he can rework them. He’s a big fan of 100’s, and since this screen shot, he’s slowed himself down so he doesn’t miss questions because he rushed through.

How to Challenge Gifted Students in Math

We have learned that the best way to allow our mathematically gifted child to thrive is to allow him to go at his own pace. Math activities for gifted students can include all manner of fun things in addition to curriculum. We have included lots of logic games and things like Monopoly to help with money math. But when it came to finding him a curriculum that I could step away from and let him fly, our options were limited due to his age/reading level.

We sat him down, gave him the paper printed test and a pencil, and within about 10 minutes he was yelling for me to come and check his “maf”. He missed 2 questions on the entire placement test, and it was because he wasn’t clear on the directions. So we started him with Teaching Textbooks just under two weeks ago and he’s thriving!

He loves having the lecture, getting second chances, and the Buddy he can swap out. The lectures explain everything and he stays glued to the screen watching the examples. The only thing I have had to put a limit on is the number of lessons he’s allowed to do in a day. We set the limit at 3 which takes him between 45 minutes to an hour because we use the computer for other lessons and because he’s 6 and I don’t like him glued to the screen. 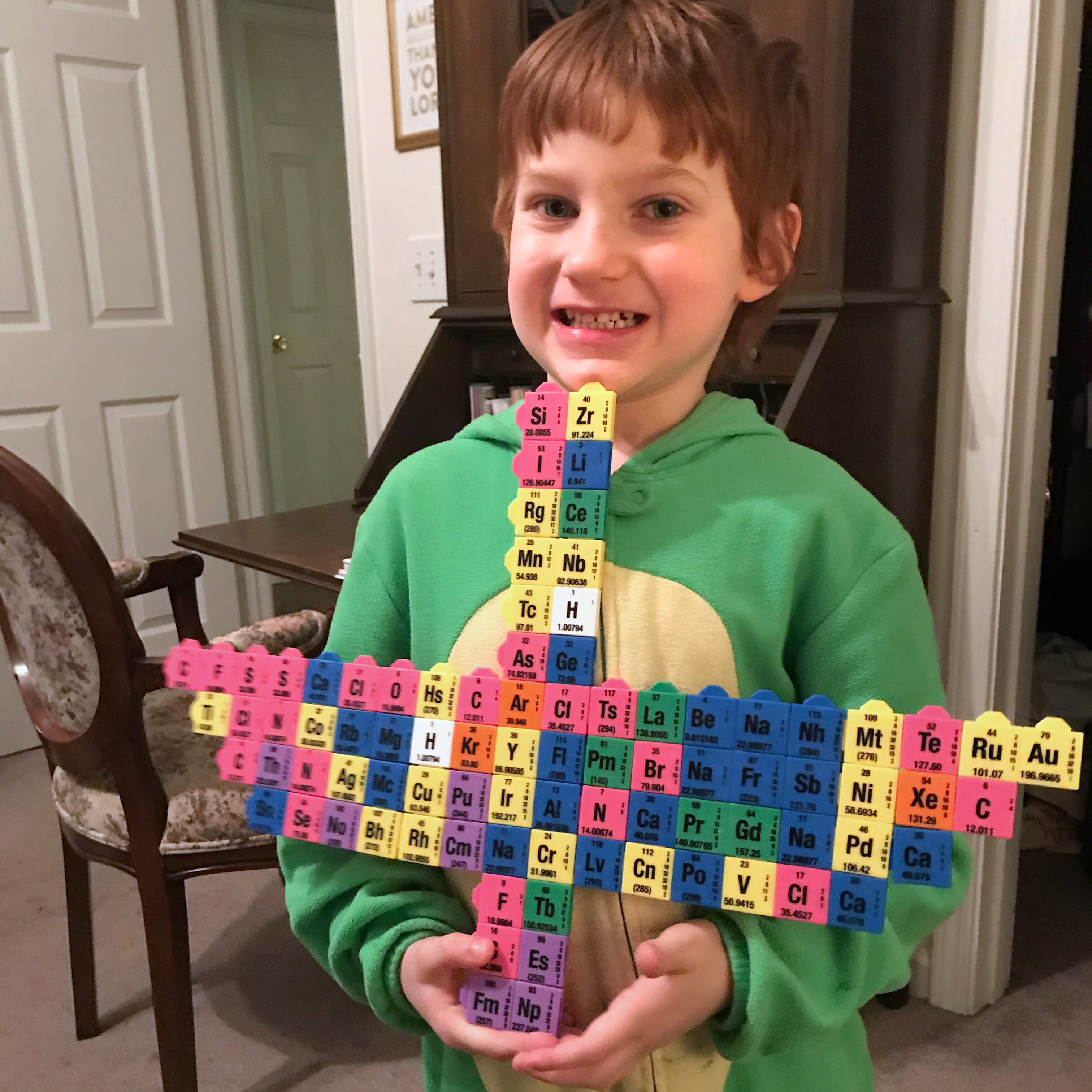 He still does his logic puzzles, games, Sir Cumference and Life of Fred stories, and loves answering random math questions. My favorite is when you ask him a problem and he stares off into space. When you say his name again to get his attention, his response is always “I was looking in my brain!” followed by the sum he came up with. He’s like a miniature Sherlock!

Having a curriculum that allows him to progress at his own pace is a lifesaver!

In the education world, there’s a push for differentiating math instruction for gifted students. I think we, as homeschoolers, often forget that meeting our children where they are is exactly that. It’s why when people ask, “Should I homeschool my gifted child?” I say YES!

NAGC says this about acceleration:

Acceleration occurs when students move through traditional curriculum at rates faster than typical. Among the many forms of acceleration are grade-skipping, early entrance to kindergarten or college, dual-credit courses such as Advanced Placement and International Baccalaureate programs and subject-based acceleration (e.g., when a fifth-grade student takes a middle school math course). Many researchers consider acceleration to be “appropriate educational planning. It means matching the level and complexity of the curriculum with the readiness and motivation of the student”.

Letting our gifted kids go through curriculum on their level at their pace is the perfect differentiation. It helps them to thrive and keeps them challenged as they progress quickly till they hit a hard spot, work through that, then fly again till the next challenge. The biggest issue is the expense of purchasing new levels often.

Here’s my total transparency, though. Let me tell you why I was nervous about my boys using the same math curriculum – Both Mr. T and Mr. F are now doing Teaching Textbooks 3.0 Math 3. I fully expect Mr. F to outpace Mr. T within the next 4-6 months depending on how many breaks we take. (And you can pause your TT3.0 subscription when you break!)

I was terrified this would lead to much wailing and gnashing of teeth from Mr. T because he sometimes gets miffed at the struggles he has due to dyslexia and the processing challenges that come with it. But he has been so supportive of Mr. F’s hopping on the Teaching Textbooks train that he even showed him how to navigate the site and what web address to type into their computer on Mr. F’s first official day.

I’m telling you it’s these little glimpses of the young men they are becoming that keep me going on the hard days! If you have a mathematically gifted child, I highly recommend using Teaching Textbooks for an awesome accelerated curriculum option.

Previous Post: « Cultivating Grace: How to Successfully Work and Homeschool
Next Post: Motherhood: Finding Joy in the Story You are In »