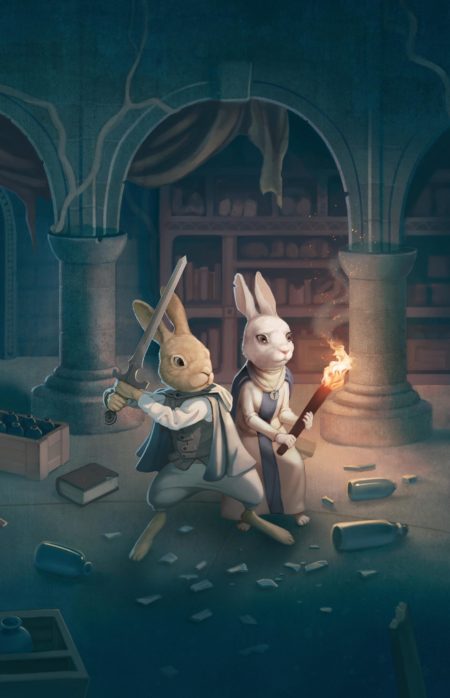 We love heroes in our house. A few of our newest favorite read aloud titles are The Black Star of Kingston and The Green Ember. The Audible versions are exceptional, especially on days when my voice is tired or I just want to listen, too.

The Green Ember series by S.D. Smith is a delight. Mr. Smith describes these as “new stories with an old soul” and I couldn’t agree more. They are told in a manner that wraps you up in all the threads of the story until the entire tapestry unfolds. Adventure, loyalty, chivalry, danger, and redemption are all explored and made tangible in these writings.

Mr. T and Mr. F ask to listen to Black Star and The Green Ember over and over on our commutes to therapy and parkour. Hearing my boys cry out “My place beside you, my blood for yours” is becoming an everyday occurrence as they fight tree monsters in our yard. The imagination and protectiveness that these stories have inspired make them quite dear to my own heart.

You can be a part of The Green Ember adventure  by joining the Kickstarter program for Ember Falls. Help Pickett and Heather on their incredible journey by joining in one of the delightful levels offered. We’re going for Pickett’s sword at Mr. T’s request. I can’t think of a better Kindergarten graduation gift! Join us as we adventure with #rabbitswithswords!

Story Warren Books announces the launch of the EMBER FALLS  Kickstarter campaign.  Ember Falls is the second book in The Green Ember Series, written by S. D. Smith and illustrated by Zach Franzen.

The Ember Falls Kickstarter opened on May 16, 2016 and will close on June 10, 2016. The Kickstarter rewards are packed with value and range from a basic Starter Pack, which includes the Ember Falls paperback and eBook, to a Newcomer Pack that introduces the reader to the whole series, to Packs that include an appearance by S. D. Smith himself.

The Green Ember was released in January 2015 and has consistently been a category leader and a bestseller on Amazon ever since. It is one of the most highly-rated books on Amazon, with over 400 reviews, and 90% at five stars. On top of selling tens of thousands of copies and garnering effusive praise from readers, The Green Ember was also a finalists for World Magazine’s Children’s Book of the Year, and the audiobook was a finalist for Audible’s Kids Audiobook of the Year.

In The Green Ember, readers were introduced to Heather and Picket – extraordinary rabbits with ordinary lives until calamitous events overtake them, spilling them into a cauldron of misadventures. They discover that their own story is bound up in the tumult threatening to overwhelm the wider world.

Ember Falls begins the story where The Green Ember left off. The stage is set. It’s war. Morbin Blackhawk, slaver and tyrant, threatens to destroy the rabbit resistance forever. Heather and Picket are two young rabbits thrust into unlikely, pivotal parts. The fragile alliance forged around the young heir seems certain to fail. Can Heather and Picket help rescue the cause from a certain, sudden defeat?

S. D. Smith lives with his wife and four kids in West Virginia. He is the author of three middle-grade adventure fantasy novels, The Green Ember, The Black Star of Kingston and Ember Falls. His collaborative website, Story Warren, is an artful ally to parents who are eager to foster imagination at home. Sam enjoys watching and (occasionally) playing soccer, West Virginia sports, reading, and spending time with his family. You can find him on the web at SDSmith.net.

On display throughout The Green Ember Series, S. D. Smith is passionate about sparking and shaping imaginations. He says:

“Stories shape our longings and affections in a way that nothing else can. The stories we love as children chart our course in ways that even the best possible instruction never can. I want to tell fun stories. I want to serve them up like a good meal – dessert and all! But I want there to be an aftertaste, be it ever so faint, of glory. Of wonder. Of hope.”

Ember Falls is a new story with an old soul. S. D. Smith describes it in this way:

“I want to look forward, to hope and dream, to gaze through the fog to the certain dawn of the true New World. I’m optimistic. In a big way. But I also love looking back. I want to echo. I want my tales to resound with old words, old ways, and old wisdom.”

Through his stories, S. D. Smith seeks to echo the past by anchoring in the ancient virtues of Truth, Beauty, and Goodness. He says:

“I’m probably not a competent critic, and a lot of modern storytelling is really good. But what we often see missing is the connection to the truest reality, to something solid, deep, beautiful and bright, meaningful, and most of all anchored in hope. My friend Heidi Johnston has said that the best, most faithful stories are not an escape from reality, but an escape into reality. What was great about C. S. Lewis and Tolkien and Chesterton is that they weren’t just products of their day. They were torchbearers for timeless truth, beauty, and goodness, which stood out in winsome contrast to the storytelling of their era. And it still stands apart today.”