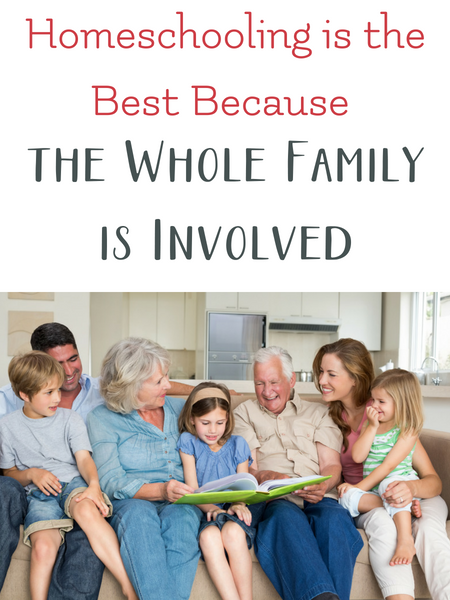 Homeschooling is the best for our family, even though we didn’t plan on it from the beginning.

Shortly after I became a mother, I decided I wanted to be a teacher.

I went back to school, and started working on my teaching degree, but as the years went by and as our family grew, finishing school, and getting those teaching credentials became more and more of a challenge.

Years later, my dream of teaching became a reality. After much hesitation we became a homeschool family.

Suddenly, I was teaching a feast of subjects to elementary, middle and high school grades on a daily basis. And within days, I realized that homeschooling was nothing like what I had been trained for in college.

That’s when I knew there was absolutely no way, I could teach what seemed like a 100 subjects, to 6 grades all by myself. I was overwhelmed by the huge undertaking, and upset at my decision to homeschool. During a serious moment of doubt, my husband reminded I was not alone.

See all 31 Days of Homeschooling is the Best Because series here: 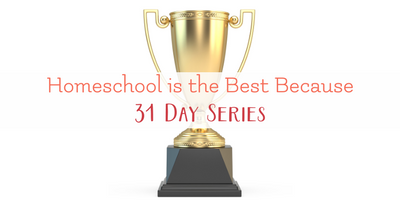 Homeschooling is the best, because I don’t have to do it alone.

Almost immediately, my husband became the ‘head of the science lab‘. His duties include set-up, guidance, and supervision of all dissections, and messy/smelly science experiments. He is in charge of any lesson involving any type of food preparation (marrying a chef has it’s perks), and he is also the girls basketball coach.

Grandpa (dad’s side) was recruited early into the game, as the ‘go-to math guy’. He lives hundreds of miles away, so math problems are solved via FaceTime or text message. Years later, the college kids still ask grandpa for math help. Grandpa is also the official financial and political advisor. His duties include taking kids to their first real banking trip, and teaching them all about credit during his yearly visits.

Abuelita (my mom) offered to teach P.E., in the form of volleyball and gymnastics. She shared stories about her competition years during her weekly lessons. She also taught the girls to bake after a good workout 🙂

Tia (my sister) became the fun substitute teacher. She came over every Tuesday when I had to drive in to the office for the day. She followed the scheduled lesson plans, read, and helped the kids with weekly composer and artist studies.

When Lelis (my grandma) moved in with us last year, she taught the girls Bolivian recipes, and history. They learned more Spanish during her short stay, than in 3 years of Spanish lessons.

Even Uncle Desi, Tia Consuelo, and Tio Rodrigo who paid us short visits from the Philippines and Bolivia, have also been involved in our kids learning journey.

Homeschooling is the best, because we get to be a whole family.

Part of the struggle when we first began, was finding the time to cover each subject, in each grade, and do it well.

My type A personality devised a schedule that was impossible to keep, and after weeks of agony, I saw that homeschooling is the best, because we got to be a whole family. Teaching specific grade levels was no longer necessary.

We began to learn science and history as a family. We later added Spanish, music and art. Most importantly, we began to study the Bible as a family.

As time goes by, and I learn more about my kids interests and gifts, the lessons and workload are adjusted, however the core of our learning is always done as a family.

Homeschooling is the best, because every member of the family is touched by it.

As I mentioned earlier, many family members have contributed to our kids education, but the family involvement doesn’t stop there.

I also have public-schooled nieces and nephews, that join our schooling during the summer; as well as two-year-old nieces, that join us twice a week, nearly every week. Homeschooling has touched their lives, by helping the public-schoolers remember what they learned throughout the year, as well as giving them the opportunity to explore other interests. They actually ask for summer school each year!

The little ones see and mimic the older kids, and have developed a love for books, learning through play, art and music. In turn, my girls have sharpened their skills by teaching the younger kids what they know.

Homeschooling is the best, because it is for the whole family.

Years ago, in the midst of my overwhelm, I really could not see the beauty or possibility of getting the whole family involved so cohesively. Today, I can’t imagine our family any other way. 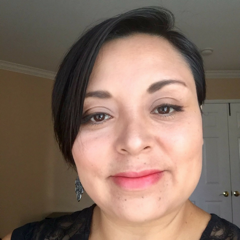 Tatiana is a follower of Jesus, wife to Mario, and mom to one boy and five girls. Her mission is to inspire, encourage and equip mothers, to raise children who long to walk with Jesus. She’s a compulsive organizer, lover of books and coffee, and avid supporter of school choice.

Previous Post: « The 5 Best Christian Adventure Series for Boys
Next Post: Homeschooling is the Best Because of the Freedom it Gives Us »