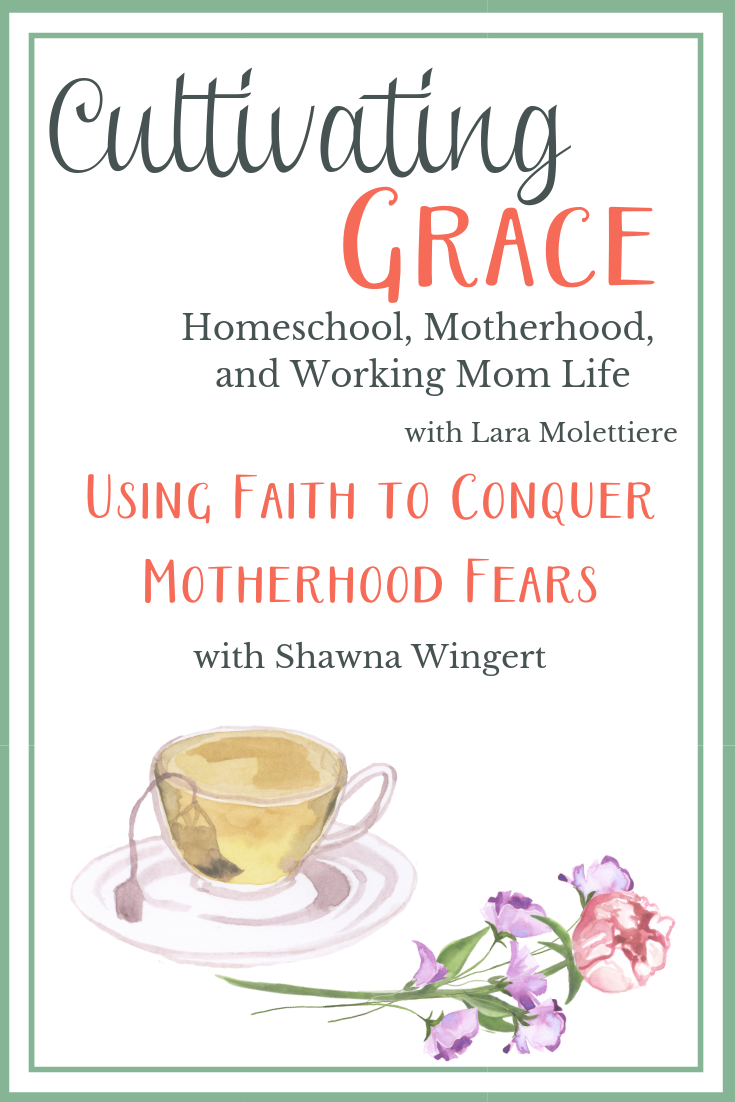 Today’s episode of Cultivating Grace is sponsored by: 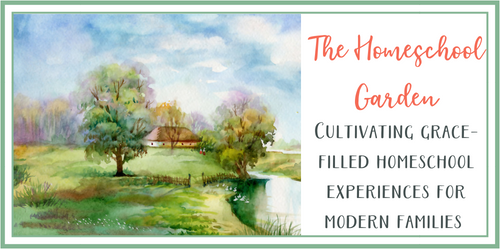 This is Shawna Wingert from Not The Former Things. From the very first day I became a mom, I remember feeling terrified. It’s almost like motherhood and fear went hand in hand for me. And let me explain why.

I had my baby, he was probably about four or five hours old and the nurse came in, you know, to do the checkups and that kind of thing that they do. And I said, “I don’t even want to put him down. I just want to hold him next to me.” And she said, “You’re already spoiling that child.” And walked out. And I remember thinking to myself, “I have already messed up. I’ve already ruined him.” And this sense of fear and dread flooded my having just given birth body.

Six weeks later, I had a similar experience. Unfortunately, for six weeks, my little baby boy struggled with just about everything that life had to offer him. He was exceptionally overwhelmed from a sensory perspective. He did not sleep. And when I say did not sleep, I mean literally did not sleep longer than maybe a 30 to 45 stretch of time for any given length of time over the course of that entire six weeks. So I walked into the doctors office for the well baby checkup and I recognize that I was not in the best place. In fact, I would be really, really surprised if I had even washed my hair or gotten ready that morning. It literally felt like survival mode.

And so, you know, he did the well baby check up and then he asked, “Is there anything else that you have any questions about.” And I started to cry. And what I wanted to get out, the words that I were trying to say is, “I think there’s something wrong with my baby. I’m afraid that there might be something wrong with him.” And as I tried to choke those words out, I saw the doctor write on my son’s case record, hysterical first time mom.

And again, that same sense of fear and dread flooded my body. It confirmed to me what I was already most afraid of, that I wasn’t equipped to do this. That I wasn’t going to be able to pull off this motherhood thing and that I was probably ruining my child before he was even at the age where he could speak. Unfortunately, that doctor was wrong in writing that. And was wrong in not listening to the intuition that my mother’s heart was beating and speaking at that time.

Many years later we found out that my son was not only on the autism spectrum, but also suffered from a significant autoimmune illness. It makes sense now, looking back, and realizing how difficult and how much of a struggle every day life was for him. Especially in those first few years. And I look back, now that he’s 16, and I think about myself as a first time mom. And one of the most overwhelming emotions that I remember from that entire time unfortunately, is fear.

If you’re a mom of a child with differences, I know you can identify with this. It seems like we go through an awful lot of our life with other people speaking into the decisions and the choices that we’re having to make. And depending on where your child’s at, if there’s a diagnosis in play and the degree of differences that you’re dealing with, sometimes those choices, they seem like we’re making a decision between the least wrong thing versus what’s the best thing, right?

And because of that, it can often put us into a place, at least it did for me for a very long time, where I felt like I was constantly having to not only defend the choices that I was making but also, sort of scurry to cover myself. Because I was so afraid. Fear, I think has shaped far too much of my motherhood. It grieves me to say that.

I’ve spent a lot of time lately praying about and trying to think about how to try to combat this fear that still creeps in all the time.

Despite the fact that we’ve moved past so many of those things that were a struggle in our early years. The first thing I know to do is to call it what it is. It is fear. It is not truth. And often times, fear is born from a place of outright lies. Willing myself to pray to push past it, to force it back and to cling to the good that has been given to me instead of being stifled by all the bad that fear brings, is what is required of me. Not only in this walk of life but in every walk of life.

Fear wastes my time. I lose moments, days, weeks, months and years. I have lost those and I want more. I want to grasp the days, weeks, months and years that are before me that I have left with my sons. Faith shows me the here and now. The joy, the grace, the beauty, the mercy that exists in my family’s circumstances. No matter what they may look like today, right here in front of me.

He sees me, He sees my kids, He sees you. He loves us all. And there is nothing to fear. 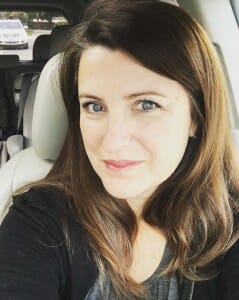 Shawna has written three books for parents of special needs – Everyday Autism, Special Education at Home and Parenting Chaos. She blogs at www.nottheformerthings.com and is the owner of Different By Design Learning.com.