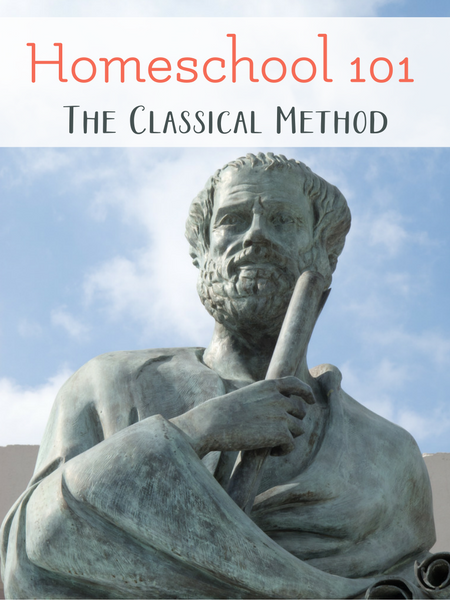 There is an air of dignity that surrounds the label “classical education”. There are also many ways to differentiate what that really means.

For our purpose here, I am going to tell you about the classical method as it relates to a classical christian education rather than a classical humanist education which is what you would get if you chose to educate by only studying the ancient classical authors of Greek and Roman times.

The classical method employees the methods of the ancient teachers and desires to achieve the same goals of knowledge, understanding, and wisdom, but not necessarily through the classical materials.

Our homeschool is what I like to call classically Charlotte. We are heavily influenced by Charlotte Mason and classical education methodology. They are extremely complimentary.

The classical method uses the trivium as its main focus. The trivium consists of three stages: grammar, logic, and rhetoric. These three stages are experienced both as the child matures, and are experienced during the act of learning throughout each subject as the child learns the facts at hand, mulls them over and begins to understand and ask questions, and then assemble the resulting conclusions into an idea.

A classical student will receive formal training in Latin, Logic, Greek, and Western Literature. The goal is to train the student to think for himself and become a future leader. The Socratic Method is instilled in the student to develop a critical thinker. Think of the student/teacher relationship of Aristotle and Alexander the Great as an example of this method.

Stages of the Trivium

The classical method focuses on a consistent pattern of education whereby students are introduced to history and science in a consistent repetition so each subject can be studied within the three stages of the trivium. For example, students will learn Ancients, Middle Ages, Renaissance and Reformation, and Modern Times in that order three times within their 12 years of education. This looping of subjects allows for excellent mastery.

Teaching the Trivium: Christian Homeschooling in a Classical Style

The Well-Trained Mind: A Guide to Classical Education at Home

Consider This: Charlotte Mason and the Classical Tradition

The Lost Tools of Learning: Symposium on Education

Beauty for Truth’s Sake: On the Re-enchantment of Education

The Well-Educated Mind: A Guide to the Classical Education You Never Had

This is by no means an extensive list, but these are the most prominent that adhere to a classical philosophy. We are using several Memoria Press items this year and they are exceptional.

The Mystery of History

Are you considering a classical approach to your homeschool?

Find all our Homeschool 101 posts here: 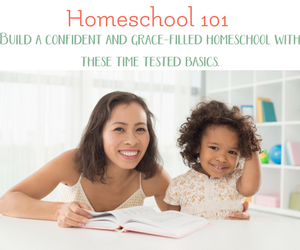