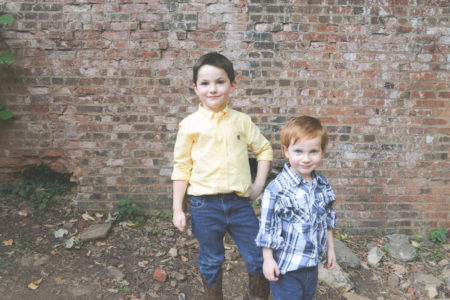 Apraxia of Speech - May 14th is Apraxia Awareness Day!

Both Mr. T and Mr. F have Childhood Apraxia of Speech. In simple terms, it's a neuro-motor planning disorder which means they know what they want to say and how to say it but there is a disconnect somewhere along the pathway from their brain to their mouth muscles. Apraxia has many facets and many degrees of severity. It can also come with many co-diagnoses like SPD, APD, dyslexia, dysgraphia, etc. We are blessed to have a wonderful team of speech and occupational therapists working with the boys and with me so I can continue to help them at home.

See all our Gifted and Special Needs resources here.

The challenge and difficulty that children with apraxia have in creating speech can seem very perplexing to parents, especially when they observe the skill of learning to speak developing seemingly without effort in other children. (Direct quote for the Apraxia-kids.org Family Start Guide)

Please check out the posts below to learn more!

How we got Mr. T's diagnosis

Apraxia: The Invisible Elephant in the Room

5 Truths Apraxia Will Teach You

Surviving the Holidays with Apraxia

Toys we use for speech practice at home

The Power of Yet

Our Homeschooling Must Haves for Preschoolers with Apraxia

What I Mean When I Say "I'm Fine": Special Needs Parenting

Teaching Life Skills in the Kitchen We love learning math, working on motor skills, and teaching how to shop for…
END_OF_DOCUMENT_TOKEN_TO_BE_REPLACED

Vitamins for Kids You know how you always want to make sure your kids are eating their veggies, fruits, and…
END_OF_DOCUMENT_TOKEN_TO_BE_REPLACED

What is Integrated Listening? We covered the basics, the science, and the why in my first post here. If you’re…
END_OF_DOCUMENT_TOKEN_TO_BE_REPLACED

Treating Learning Challenges Naturally We are all about clean eating, exercise, limited screen time, and treating ailments and challenges as…
END_OF_DOCUMENT_TOKEN_TO_BE_REPLACED

Music is a big part of our lives. We love playing instruments, listening to classical, jazz, ’40s, opera, and more….
END_OF_DOCUMENT_TOKEN_TO_BE_REPLACED

With all the toys, the remote controlled thing-a-ma-jigs, the character themed toys, it is so hard to pick preschool gifts…
END_OF_DOCUMENT_TOKEN_TO_BE_REPLACED